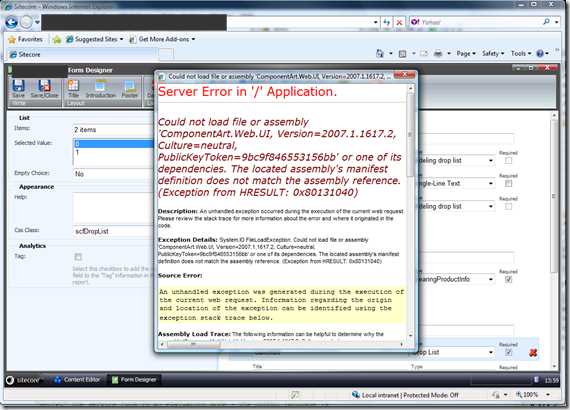 This is a good workaround if you have applied the update to Web Forms for Marketers (actually, this web.config snippet is specifically addressed in the update documentation). As a standalone solution, it causes other problems to arise with SQL Lite, which is no longer used in version 6.3.1, but thank you for posting it because it got me pointed in the right direction when we were having problems!

Very big thank you on this one. Just saved us in a recently pushed upgraded environment!

Thanks. I was able to get rid of the component UI exception. And the data is saving to SQLite. But I am not able to see the marketing forms report. How do I make the report work?